Lively discussion of cultural production in China and Korea

Leave a comment Posted by Emanuel Pastreich on July 6, 2012

Emanuel was the MC at CICON (China-Korea International Conference on Cultural Innovation Cities; 한중창의문화도시융합컨퍼런스;
中韩创新城市文化产业论坛) on June 22, 2012. This conference, part of a series of events commemorating the twentieth anniversary of the normalization of relations between China and Korea, brought together important  figures from the arts of Korea and China for a thoughtful discussion of he future of cultural cooperation between the two countries. 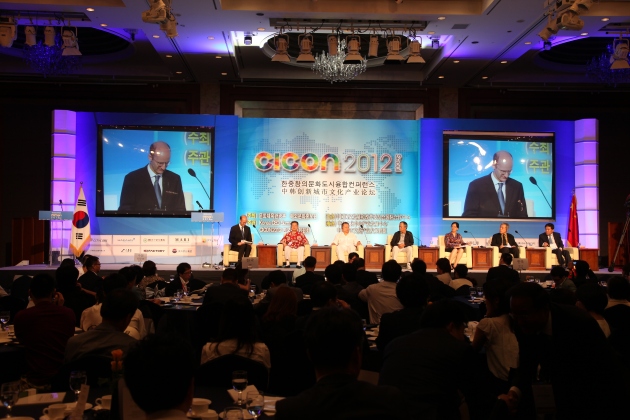 Emanuel hosted the panel on Cultural Business in Korea and China with the Korean musical producer Song Seung-Hwan (송승환) the Vice Mayor of Taiyuan Wang Aiqin (王愛琴) , the chairman of the association of artists Shiyou Mr. Shi Yan (石岩), the movie director Lee Jangho (이장호), Kim Ilho (김일호) president of the Okon (the company that developed the comic character Pororo), and the calligrapher Zeng Laide (曾來德) .

For more details in Korean See this blog. 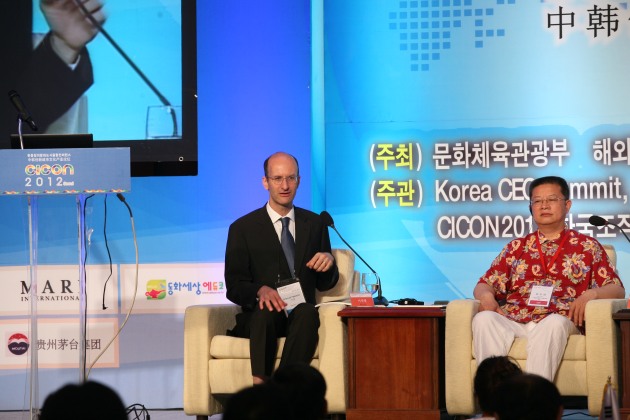