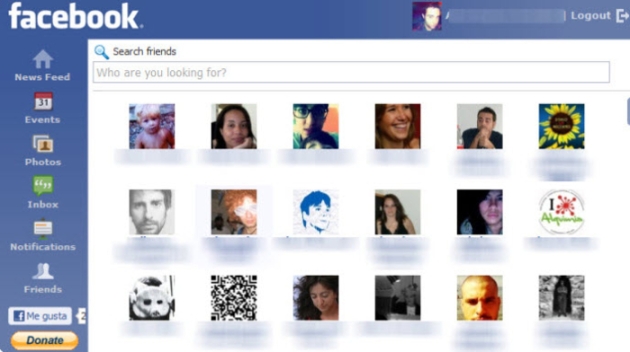 Facebook has become a critical platform for international exchange that allows people around the world to seek out peers with similar interests and to begin serious exchanges with them about how to create a better world. Although Facebook is a for-profit organization that treats its users as potential advertisers and uses personal information gathered from postings as a private commodity for sale to third parties, nevertheless Facebook is still the best means to reach out to a broad audience and to develop a global audience.

Facebook was not intended for serious intellectual and political exchange. At present, you cannot easily seek out other people with common interests (or by region) using a search on Facebook and you cannot systematically store the materials that you send or receive through Facebook for easy reference. Information posted is designed to essentially disappear within a few days. In addition, there is no way for third parties to develop original apps to run on Facebook that would allow users to expand its functionality or customize their pages. There are many ways that those actually using Facebook can carry out the innovations necessary to make it a meaningful means of sharing information.

But in spite of all the limitations of Facebook, an increasing number of politically conscious users are pushing it to be a platform for profound debate on political and social issues, both locally or internationally, Even in its primitive current format, Facebook offers the possibility for a broad conversation with thoughtful individuals around the world and it is increasingly populated by individuals from developing nations, and thoughtful activists, who may even be middle school or high school students. That is to say, although it may not have been designed for that purpose, Facebook offers an opportunity for people who are completely locked out of the policy debate to contribute. Although there are specialized platforms for internet exchange available, Facebook is unique in cutting across class lines and international borders.

If we compare Facebook in terms of the potential for an individual to advocate for policy, develop a broad base of support on issues and seek out expert opinion, Facebook in its primitive current form is still years ahead of the United Nations, the World Bank, OECD or any of the international organizations supposedly engaged in global governance. Although those international organizations carry out their own informed internal debate, which is then distributed in a one-way manner to the hoi polloi via rather arcane technical texts, there is literally no means for someone like me, let alone a Nigerian merchant or a Chinese high school student, to have any say at all on policies those organizations put forth that impact the entire world.

Let us compare what Facebook has the potential to become with the current United Nations, the main institution of global governance. The United Nations is extremely limited in its mandate and recognizes nation states alone as its members (although it works with corporations and NGOs on a daily basis). With the governing institutions of most nation states torn apart by the interests of multinational corporations and internal class divisions, often with a tiny minority monopolizing access to political power, there is literally no way for ordinary citizens (even in the tens of millions) to put forth a proposal to the United Nations General Assembly, let alone to pressure the United Nations to implement policies.

Facebook, the company, did not actually build Facebook; we did. The company Facebook was able to secure massive low-interest loans at our expense and use them to scale up global networks. Anyone with access to that much capital could have built a “Facebook.” We, the people, did the work of actually populating Facebook with people and contents.

We can think of the founders of Facebook as the equivalent of the robber barons who built the Union Pacific railroad in the 19th century. Although figures such as Clark Durant or Mark Hopkins raised money for the Union Pacific and built it for the shrewdest of profit motivations, over time those railroads were shaped into more rational institutions through the active demands of their users, people who advocated for such acts as the Interstate Commerce Act of 1887, which outlawed short-haul discrimination and other predatory practices. Eventually, the free-wheeling railroads were made to conform to strict codes in the 20th century and moulded into reliable utilities.

It is not a moment too soon to start the hard work of transforming Facebook – or some avatar of Facebook – into a platform for participatory democratic global governance. We don’t have long to design a global response to the crisis of climate change through meaningful coordination of humanity’s actions; the institutions we assumed would respond to that global challenge have failed miserably.

We can’t wait to form human networks that can bring us together as a species. Now, sadly, we are fully integrated through systems of distribution, logistics and data distribution, but we do not know each other at all. We must overcome our ignorance and indifference to each other and form an entirely new form of participatory global governance to respond to global threats. At this moment Facebook may be our best hope.

Until we make forceful and concrete proposals for what Facebook could be and through our will and our creativity push Facebook in the direction it should move, it will not become anything more than a place to exchange pictures of soccer games and birthday cakes.

Here comes the hard part. Building a true, common, global community online by lobbying Facebook directly for changes in the rules of governance (allowing the users to decide by democratic process what the design and structure of Facebook will be) is near impossible in that such a for-profit organization has no incentive to accept such demands. On the other hand, alternative social networks tend to be extremely limited in their participants and are even farther from true representative governance than is the commercial Facebook. For liberal thinkers to exchange their liberal thoughts with each other is not particularly helpful to anyone. What we need is a broad discourse in terms everyone can understand.

The first step is to present a concrete vision for the future of social networks as a form of global governance and for the importance of that vision for the daily lives of the users of online social networking services like Facebook. That vision should include basis rules of governance first for how Facebook (I use Facebook here as a term for social networks in general, both contemporary and future) will be governed internally: how individual users can debate what the policy for Facebook at the micro and macro level should be and proceed to propose that policy for approval within the Facebook community.

The governance of Facebook starts with reforms that make it more accessible, more transparent, and more oriented to the needs of individuals and communities. We can start with simple reforms like allowing individuals to design applications on their own within Facebook and have the right to give or sell them on their own to other members.

That process could involve the formation of local elected communities for debating and determining local and global Facebook policy. Unlike the United States government, Facebook can serve as a place for input concerning policy and voting to approve that policy. We must recognize that Facebook is potentially a political entity (and already serves that role) and endow it with the proper functions to serve that purpose locally and globally.

Once internal rules are in place for how Facebook governs itself, the next step will be for Facebook to create structures for larger forms of global governance. Of course Facebook does not have offices or anything like the resources of a government, and perhaps it does not require them. At the same time, we must remember that governments around the world are hollowing out at a rapid pace these days and are not serving the function of governance.

The nature of governance in a future “Republic of Facebook” cannot be dictated in this article; it must be worked out through a series of meetings between informed and visionary figures who are committed to building a better world. We can imagine something like a constitutional convention for Facebook that would do that initial work of setting forth a vision and following up with continued refinements.

Of course those who want to employ Facebook merely as a place to post photographs of grandchildren and hamsters are free to do so. But for those committed to doing something greater, there are several directions possible for the advancement of the next generation of Facebook. Some of those directions suggest a new vision of governance.

A systematically administered Facebook could serve as a place for those with similar concerns around the world to meet and propose new projects for collaboration, new solutions to common problems. It could be a means for those who pursue similar goals in every corner of the globe to seek partners and collaborators for research, policy debate and implementation. In an age of limited financing, the potential to share funds between similar groups offers tremendous potential.

Of course Facebook, or whatever network replaces it, does not serve the role of a government in the full sense of the word. That role can be left to local governments best equipped to respond to the problems of broken sewers and electric grids. But when it comes to identifying an effective response to climate change by coordinating between groups around the world and implementing the solution, an improved Facebook can bring together the stakeholders in a sense that so-called legislatures full of professional politicians cannot.

If we have the will, and a sense of obligation in the face of global crisis, the platform of Facebook can be transformed into a legitimate form of global democratic governance. Some parts of that new system will build on the best of governance from the past 3,000 years, but other parts will be, perforce, unprecedented in human history and maybe even offer new hope to those who despair of humanity’s capacity to rise to today’s challenges.

5 responses to ““Facebook and the Future of Global Governance” Truthout”