Please join us Saturday Morning for Earth Hour 8:30-9:30 PM Lights out on Saturday

Leave a comment Posted by Emanuel Pastreich on March 18, 2016

Please join us for Earth Hour! 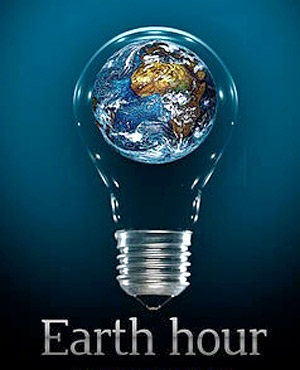 Earth Hour is a worldwide grassroots movement uniting people to protect the planet, and is organised by World Wildlife Fund (WWF).

Engaging a massive mainstream community on a broad range of environmental issues, Earth Hour was famously started as a lights-off event in Sydney, Australia in 2007. Since then it has grown to engage more than 7000 cities and towns worldwide, and the one-hour event continues to remain the key driver of the now larger movement.

What is Earth Hour Blue?
Earth Hour Blue is an all-new digital crowdfunding and crowdsourcing platform for the planet launched in 2014 to capture the power of the crowd and engage people around the world beyond the lights out event. The crowdfunding section of the platform allows participants to financially support and deliver positive, tangible changes to the environment and communities all over the world.
8:30-9:30 AM

Saturday, March 19, 2016
Hour Blue’s crowdsourcing platform, which will call for people to add their voice to some of the biggest environmental campaigns across the world.

When does Earth Hour take place?
Earth Hour 2016 will be held on Saturday 19 March between 8.30PM and 9.30PM in your local time zone. The event is held worldwide towards the end of March annually, encouraging individuals, communities households and businesses to turn off their non-essential lights for one hour as a symbol for their commitment to the planet.