Leave a comment Posted by Emanuel Pastreich on October 31, 2016 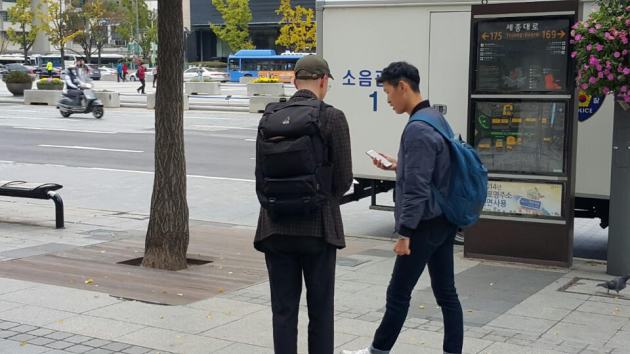 END_OF_DOCUMENT_TOKEN_TO_BE_REPLACED

Leave a comment Posted by Emanuel Pastreich on October 31, 2016

“Chinese Tradition as a solution to the Climate Crisis”

Emanuel Pastreich is the director of the Asia Institute in Seoul, Korea, a think tank that has made the environment and technological change in Asia its central concern. Originally a scholar of classical Chinese literature, and more broadly Asian literature, he has advocated for closer cooperation across Asia to address the profound challenges of our age. He is fluent in Chinese, Japanese and Korean and has recently published a book in Chinese in which he advocates for a new vision of the Chinese economy based in part on traditional Chinese ideas about ecology from Confucianism and Daoism. 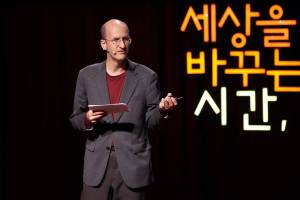 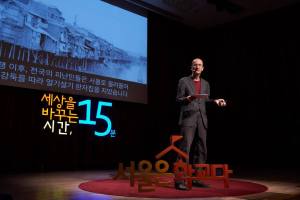 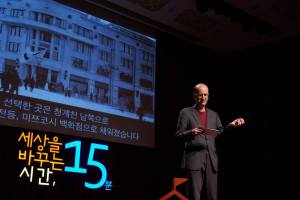 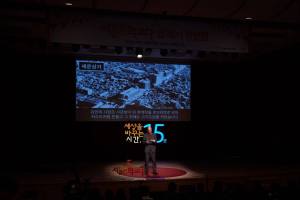 Leave a comment Posted by Emanuel Pastreich on October 27, 2016

“Bring back the five-year plan”

There was a time when Korea’s best and brightest drafted meticulous five-year plans for the development of technologies as part of a 30-year vision for Korea’s future needs. Starting in 1962 and continuing until 1981, these plans set out goals and mobilized resources to build expertise, construct infrastructure, obtain technology and assure a broad understanding among the population of the challenges that Korea faced.

Such five-year plans continued until 1996, although they lost their focus on infrastructure and technology. However, long-term government support for science and technology remains in place, such as the “basic plan for developing biotechnology” through 2026.

Such research and development, however, focused too much on creating products for global markets, rather than technology aimed at addressing directly the threats that Korea faces.

The time has come for the re-establishment of five-year plans for Korea, but with the adaptation to climate change, and the mitigation of energy consumption, as the primary goal.

But development should consist of forecasting the future and planning for it based on three points.

Second, what technologies will be available by that future date granted the current rate of technological evolution? How can those technologies be implemented quickly to assure that Korea is carbon-free and can respond to threats?

Third, how long will it take to design and implement the new infrastructure based on that technology so as to respond in time to future climate threats?

We should start with a five-year plan that requires all buildings to employ solar panels and be properly insulated by 2021. The plan would involve industry, academia and government and cover technology, commercialization, citizens’ education and urban planning with a focus on empowering local groups to participate. Solar film to place on windows and cutting-edge insulation materials should be quickly adopted. Other plans should be implemented for the response to super-storms, to rising sea levels, and to protect forests and oceans and farmland.

These five-year plans should not be aimed only at producing products for export, but rather at meeting the challenges of protecting Korea against the threats of climate change. Preparations for responding to rising seas and a warmer climate must be carried out as a national security agenda without a fixation on markets.

Finance for these projects must be generated increasingly within Korea, and finance must be increasingly directed toward the concrete demands of the response to climate change at the national level, and not toward speculation or short-term investments unrelated to the national interest.

Ultimately, this crisis may force us to go back to the drawing board and ask whether industries like shipbuilding, automobile manufacturing, steel and petrochemicals will lead Korea’s future in light of the overwhelming threat of climate change. The government must show bravery, true leadership, by mapping out the equivalent of a war-time economy to integrate emerging technologies with infrastructure demands to respond over the long term to this profound threat. There can be no sacred cows.

The government must put in place a series of five-year plans for industrial development with a set of concrete goals for reducing dependence on imported fossil fuels, increasing insulation, efficiency, awareness and the broad adoption of new technologies, and more importantly, systems of technology, habits, policy and culture that will allow Korea to reach its goals very rapidly. Moreover, the manner in which Korea innovates to achieve these goals more rapidly than other industrialized nations will become in itself a valuable product that Korea can share with the world.

Two sets of five-year plans should be put in place. One for adaptation to climate change and one for mitigation of climate change. Both are equally important, and both must be closely linked to be successful. Moreover, the plans require a change in the culture, the habits, the assumptions of Koreans, and also massive reforms in finance, trade and investment policy that will set Korea free of oil money and petroleum imports and make it a global model.

Leave a comment Posted by Emanuel Pastreich on October 25, 2016

END_OF_DOCUMENT_TOKEN_TO_BE_REPLACED

As teachers we should be committed to conveying truth and

wisdom to our students. To give them facts to students and ask them to repeat them

is not teaching and it is not education.

students because it suggests that there is no greater meaning to what they read and write than the numerical grade that they receive. In fact, we should teach in such a manner that it is clear to students that knowledge without

ethical commitment and action is like blood in the veins without a beating heart and breathing lungs.

Nowhere is this problem more evident than in the case of climate change.

I talk about climate change in all my classes to some degree and I am increasing forcing myself to bring the topic up with people I meet.

Although that requires a certain degree of bravery.

More than a little. Two people whom I gave my “Stop Climate Change” pins to

then proceeded to leave them behind on the table when they left–never having put them on.

But I wonder whether a teacher who never speaks of the ethical responsibilities of the student is playing a role as a teacher.

The old Sinchon Station is visible in the midst of the overbuilt development that makes up the new Sinchon station. 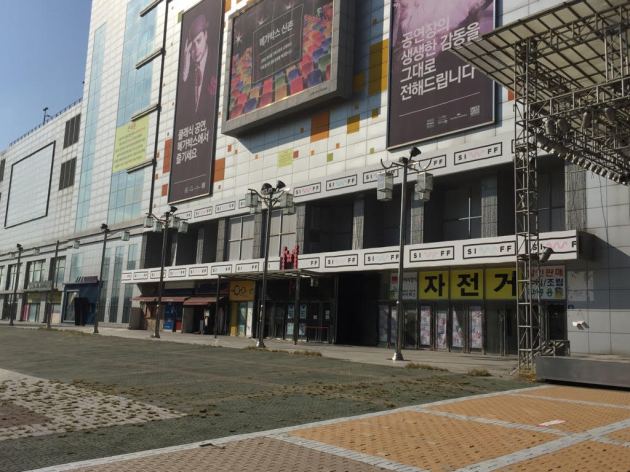 The new shopping is center has essentially closed down, whether awaiting redevelopment or something else. 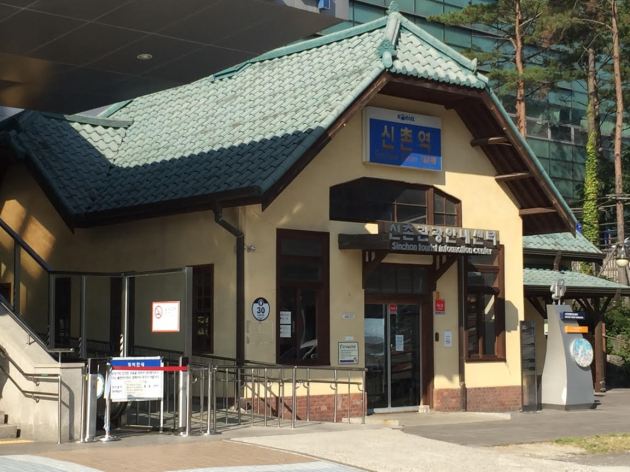 The quaint Sinchon station now exists as a center for tourism information.

One of the saddest aspects of contemporary Korean culture is the emphasis on false monumentality.

The assumption among many Koreans, and especially city planners, that large and impressive structures create a modern, and therefore more enjoyable and more livable, environment.

Nowhere is this tragedy more apparent than at the Sinchon station near Yonsei University. The has been built up into an enormous shopping center, but there is almost no business and the building was so poorly constructed that it has been shut down for repairs. The assumption was that somehow through this massive over-development the neighborhood would be improved. But the simple original Shinchon Station remains as a contrast. This handsome building is more than sufficient as a station and with a bit of modification could still be employed today.

Demonstration concerning the removal of poor people from neighborhoods in Seoul

The cafe “BATKONG”  devoted to the theme of Batman has opened

Feel free to pick up some coffee beans to take home too.

as much as the Korean word “k’ong” meaning “bean.” 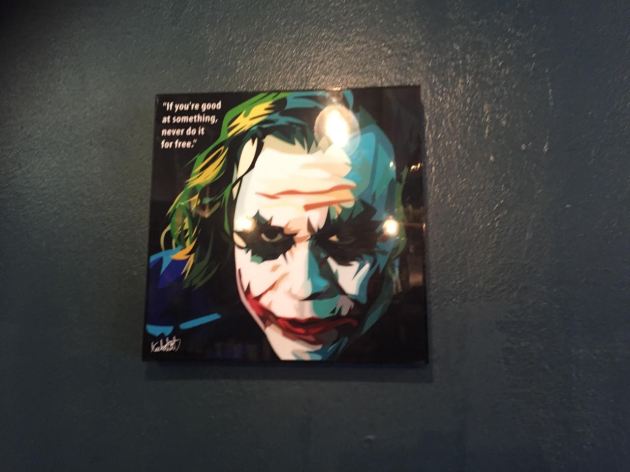 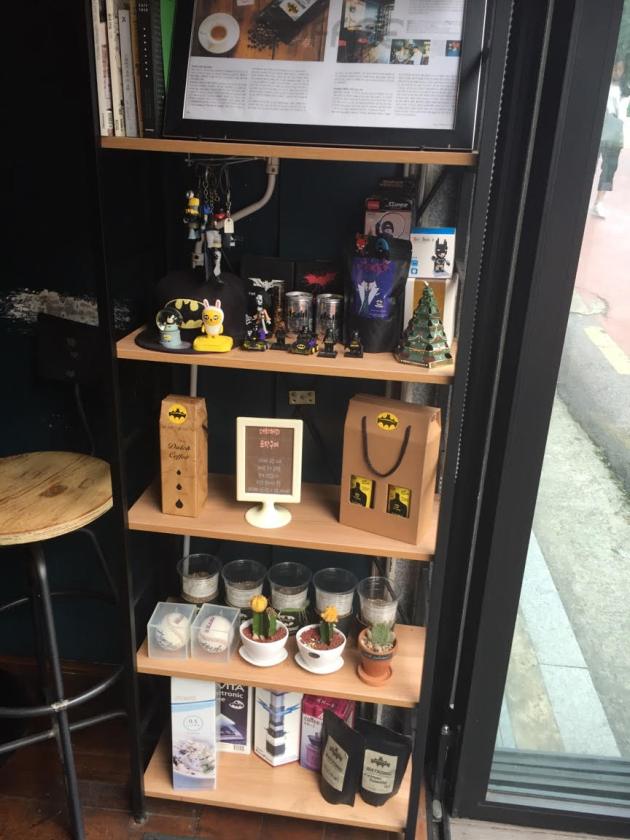 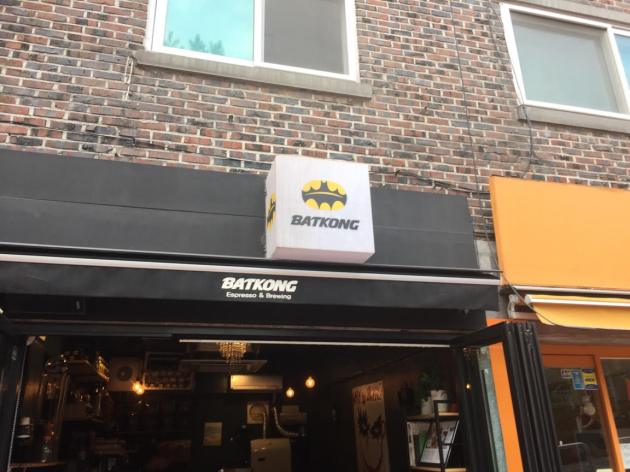 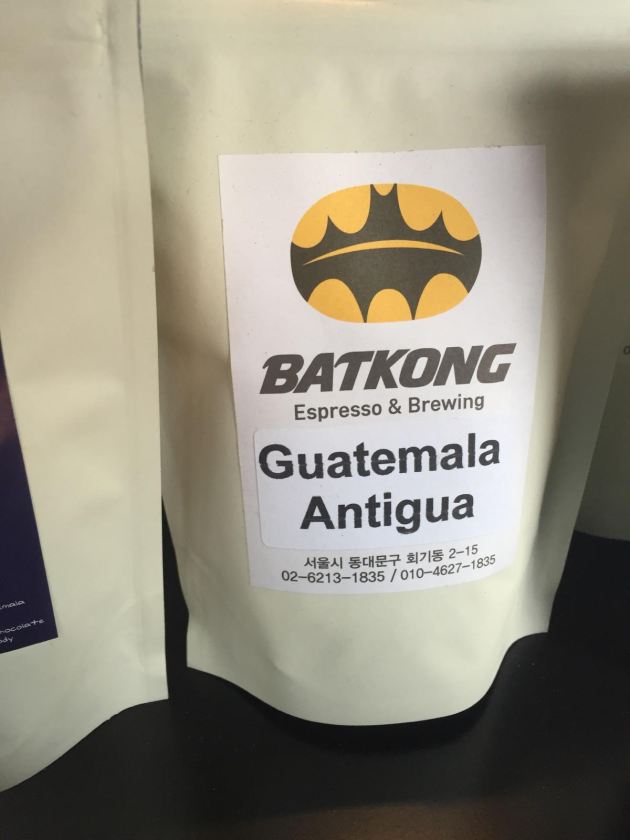