Leave a comment Posted by Emanuel Pastreich on February 25, 2014

END_OF_DOCUMENT_TOKEN_TO_BE_REPLACED

Leave a comment Posted by Emanuel Pastreich on February 23, 2014

Yéol Lecture 2014: “The Philosophy of Park Jiwon” by Emanuel Pastreich

Leave a comment Posted by Emanuel Pastreich on February 19, 2014 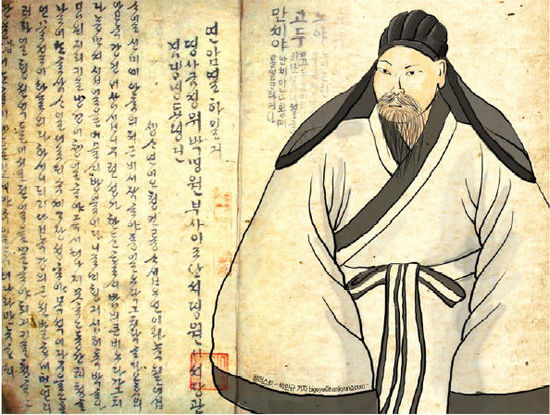 The Philosophy of Park Jiwon”

Director of The Asia Institute

Yéol, the Korean Heritage Preservation Society, is pleased to announce its 2014 English lecture series featuring distinguished scholars and experts in the fields of Korean art, culture and history. Since 2003, Yéol has aimed to appeal and inspire cultural enthusiasts, expatriates, as well as the general public so as to increase understanding of the Korean society and culture. Such efforts are a critical part of our foundation’s mission. This year lecture series consists of six lectures at the Seoul Museum of History and two walking lectures which offer customized guided tours of specific cultural sites or unique cultural and heritage experiences.

The Yéol Lecture welcome a diverse audience to our program in 2014. We are committed to a dialog with all individuals and groups drawn to Korea and its culture. Yéol will provide a light lunch (by reservation) for this event to encourage participation of the working professionals.

The international community wrestles with a response to the increased cultural and economic influence of China in East Asia. Yet we can learn much from the insights of the Korean scholar and writer Park Jiwon who formulated a practical and thoughtful response to China in the 18th century that stressed an informed engagement. Park Jiwon also wrote about contemporary society and the gaps between social groups in an increasingly polarized society. His suggestions for how such issues can be addressed through cultural activities are as relevant today as they were when he wrote. Moreover, Park’s writing suggested a potential within the Confucian tradition for innovation that has often been overlooked by contemporary writers.

Park Jiwon was one of the most important intellectuals of the 18th century in Korea. But as he strove to transform the nation, he realized that he could not do so simply through policies or arguments to the government. He had to change people’s perceptions. His answer was a series of compelling novels that described for the first time the lives of ordinary people and drew attention to what was so extraordinary in their experiences. He made visible the world of beggars, farmers, con men, day laborers and widows. Those who had no voice in Joseon society suddenly had a chance to articulate their perspectives.

Emanuel Pastreich is director of the Asia Institute in Seoul and associate professor at the College International Studies of Kyung Hee University. Pastreich studied the classical literatures of China, Japan and Korea, producing two important books on Korean and Japanese classical novels. He has taken a strong interest on the writings of Park Jiwon over the last decade, translating ten of his novels into English.

Pastreich has a B.A. in Chinese literature from Yale University (1987), Master’s Degree in comparative culture from the University of Tokyo (1992) and a Ph.D. in East Asian Languages and Civilizations from Harvard University (1997).

10,000 won(Sandwiches and drinks are included.)

* Donation receipt can be issued.

All lectures and tours are conducted in English

Send name and contact details to yeol400@daum.net for registration

Leave a comment Posted by Emanuel Pastreich on February 15, 2014

END_OF_DOCUMENT_TOKEN_TO_BE_REPLACED

Leave a comment Posted by Emanuel Pastreich on February 12, 2014

We need a ‘Seoul school’

Korea is getting a lot of attention around the world, whether it is for the rise of Korean female golfers or for the promotion of Koreans to the top positions in the international community at places like the United Nations or the World Bank. Nevertheless, despite Korea’s rapid emergence on the world stage, there remain some glaring blanks in Korea’s impact on the world that suggest there are fundamental problems that hold Korea back and can be rather baffling for a long-time resident like myself.

Let me give an example. One of the greatest advantages for someone with a background in East Asian studies about living in Korea is the large number of experts in Chinese, Japanese and Korean studies from just about every field (history, literature, economics and anthropology) that you can find in Seoul. If you want to put together a seminar on the poetry of ninth-century China, Japan and Korea, you can find 30 people, often with considerable specialization, for an in-depth discussion.

It is a unique advantage for Korea because you could not put together that sort of a group of experts in Chinese, Japanese and Korean studies in Tokyo, Beijing or Boston. Although University of Tokyo and Harvard University produce excellent doctorate degrees in Asian studies, in terms of scale, and increasingly in terms of quality, there is no comparison with the number of Ph.D. students trained at the top Korean universities. And yet Korea has not become the center for Asian studies you might expect.

Koreans say that Korea simply does not have the quality of the scholarship in Korea on a par with the United States. Although the United States does have a few exceptional scholars, I simply do not agree. Korea has all the conditions to be the leader in Asian studies. What is missing is a distinct Korean methodology for Asian studies. The primary reason that END_OF_DOCUMENT_TOKEN_TO_BE_REPLACED

Leave a comment Posted by Emanuel Pastreich on February 9, 2014

Lawrence Wilkerson, Former Chief of Staff to the U.S. Secretary of State

Leave a comment Posted by Emanuel Pastreich on February 7, 2014

North Korea has been an intractable problem for the international community for the last two decades, defying multiple initiatives and efforts to build confidence. Yet recently there have been major geopolitical shifts in the region, and changes in the very paradigms used to conceive of security in East Asia. Those significant shifts hint at new potentials for serious engagement that have been echoed in discussions in government at the highest levels. This seminar will explore a variety of perspectives on engagement going forward.

END_OF_DOCUMENT_TOKEN_TO_BE_REPLACED

“From Joseon to cyberspace”

The misuse of information is one of the most serious challenges for a society that depends on cyberspace. Such abuses threaten to create, in the not-too-distant future, a world in which the details of our lives can be easily collected and manipulated without our knowledge. The massive leaks of consumers’ financial information that have roiled Korean politics for the last week are just the tip of the iceberg in a shift in our society, which extends to the recent abuse of information by the National Security Agency in the United States and many other cases that have received less attention.

But it would be a mistake to judge the increase in both the abuse of information and the fabrication of information simply in moral terms. Although there is greed and arrogance among people, the stark fact is that the ability to gather and alter information is increasing at an exponential rate, in accordance with Moore’s Law. Although we can criticize people for being seduced by the power offered by exponential increases in IT technology, going after bad people will not address the issue.

Rather, we will need to create new systems to respond to this challenge by END_OF_DOCUMENT_TOKEN_TO_BE_REPLACED

Leave a comment Posted by Emanuel Pastreich on February 4, 2014